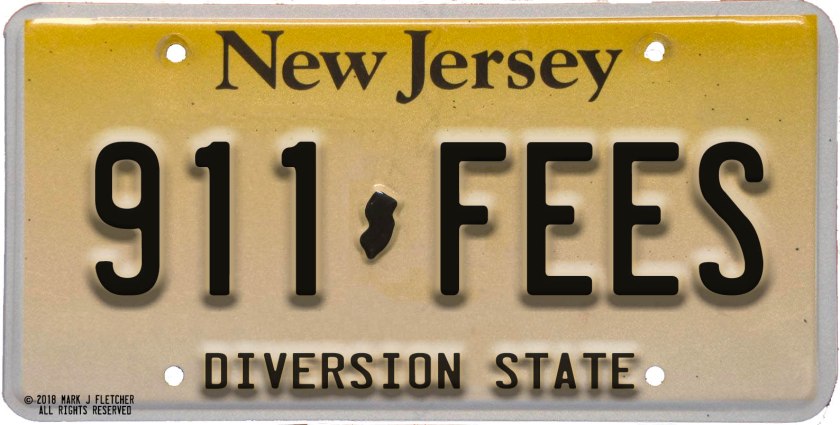 They exist on your telephone bill;
They are typically only a few dollars a month;
Most people pay them without question;
And it seems no one knows where the money actually goes.

This is where the problem lies. The reason behind this is that for at least the past decade, Public Safety has been wrestling with the adoption of Next Generation 911 services. The main reason given as the blocking factor is funding. Estimates have been given regarding the cost of the new National NG911 Network. Most State agencies will spin tales of woe about the hundreds of millions, and even billions of dollars that NG 911 will ultimately require to update the existing infrastructure to one that is capable of communicating using the new modalities that make up the way we interact with each other today. Not only will this need to include things like video, text, and additional modalities yet to be developed, but the existing infrastructure needs to be REPLACED to effect this change.

Unfortunately, the existing legacy networks cannot be”upgraded.” While you can call it an upgrade, in actuality, it’s a technology forklift, and many are afraid to come out and openly admit that. Cost is one factor. An ‘upgrade’ sounds more affordable than ‘forklift’ and a solution that sounds more affordable. One must ask, though, “is money really the issue?” While many will say,”yes”, there are several examples to the contrary.

Let’s take my home state of New Jersey, an example. Recent reports, backed by FCC Commissioner Mike O’Reilly and Rep. Leonard Lance, (R-7th), claim since 2004, the State of New Jersey has “diverted” nearly $2 billion in 911 fees charged to phone users. These fees were earmarked for improvements to the state’s 911 call centers and could have been used to migrate to NG911.  That’s right,$2 billionIs missing over the last 14 years in New Jersey. For this, the State loses the moniker of “The Garden State” and I will now refer to New Jersey as,”The Diversion State”.

When large numbers (like $2,000,000,000) are thrown around, I believe that they lose their impact on people. After all, $2 billion really doesn’t seem that bad, but when you do some basic math, the impact of $2 billion becomes quite staggering.

Let’s assume that 14 years is about 5113 days. If you were tasked with spending $2 billion over that span of 14 years, your daily outflow of cash would be nearly $400,000 a day, Actually, the exact number would be $391,159.79 – PER DAY. This $400,000 PER DAY is the amount of money that has gone MISSING in New Jersey for the past 14 years. The money is from fees that were collected in order to provide life safety services and the E911 Network but then subsequently diverted for some other purpose.

In all fairness, many STates have laws on the books that require a balanced budget, and if there is a surplus in any fund, it can be redirected to balance the budget.  But to continue to the practice of charging excessive amounts to operate the network, then sweep the use of those funds under the rug, becomes a practice that is highly suspect and questionable

FCC Commissioner Michael O’Reilly is similarly upset, and publicly vocal,  with this practice. I have a deep respect for Commissioner O’Reilly, mainly because he says what’s on his mind and if something is not right, he will not remain silent. Case in point, when I was promoting Kari’s Law, the Commissioner questioned if the FCC itself was compliant with direct access to 911, and when he tested it, he found that it was not. In his blog post, he questioned why his very own agency was not compliant on an issue that they were actually promoting. While embarrassing to this Federal agency, it did highlight a problem that needed to be fixed, and after a few months, it was.

The Commissioner also feels very strong about fund diversion practices, that have been going on for such a long time. Recently Rhode Island was found to be diverting  money to its general fund, and in NJ, he commented that if states such as New Jersey were regulated by his agency “and you did what’s happening here, we would have sent you to the Department of Justice for criminal prosecution.” He also referred to the practice as “unconscionable.” Kudos Mike!

During the TFOPA sessions, the Commissioner questioned why the US has over 6,100 individual 911 centers, when this technology could be virtualized and run out of just a few super-centers, providing the latest and greatest technology to the 150 seat PSAP that serves NYC, down to the small 2 seat PSAP that serves Ogdensburg, NJ. This would not even require physical consolidation of people and equipment. Similar to many workers today, dispatchers and Call Takers could remain in regional or local facilities and then connect through various technologies commonly available for networking.

How Many 9’s is Your Network?

While Public Safety is absolutely a critical life safety network that needs the ultimate in resiliency, and reliability, when I see 911 networks go down for hours and days due to a single fiber cut, I have to ask “Who designed that single point if failure?” The next conversation is usually about money and the lack of funding.

This is what gets me fired up. Don’t cry to me that you are too poor to buy the latest and greatest when you DIVERT nearly $400,000.00 each day that is collected for 911 but spent elsewhere. Don’t claim you cannot afford the technology to save lives when $16,000.00 an HOUR are wasted elsewhere, and while you are at it, tell the people who have lost a loved one due to short staffing of a center, or cellular technology that get a pizza to me anywhere on the planet in 30 minutes, but cannot locate a 911 caller, when states are squandering over $260 EACH MINUTE.

Remember to:
Follow me on Twitter @Fletch911
Check out my Podcasts on APN The Avaya Podcast Network.
Read my Avaya CONNECTED Blogs