Kari’s Law goes into effect for ALL SYSTEMS nationwide on February 16, 2020, after the expiration of a 2-year grace period allowing system administrators to become compliant. Kari’s Law requires businesses entities with multi-line telephone systems to provide the following capabilities on all phones:

Avaya Partner Altura Communications has started a public awareness campaign in conjunction with Avaya and 911 Secure that is designed to inform customers of the issues at hand and offer solutions that are both functionally efficient and financially affordable. You can read their 3 part Blog series by Hank Hunt, Mark Fletcher, and Kevin Kito on the topic here:

In part one of our three-part series examining how Kari’s Law came about, guest blogger and Kari’s father, Hank Hunt recalls that terrible night when his life changed forever

Read the Blog:
A Grandfather’s Cry for Help Gets Answered

Read the Blog:
Making Next Generation 911 a Reality

In part three of our series, Kevin Kito, CEO of 911 Secure discusses how 911 Secure brought the SENTRY™ solution to the market

A Message from Hank Hunt 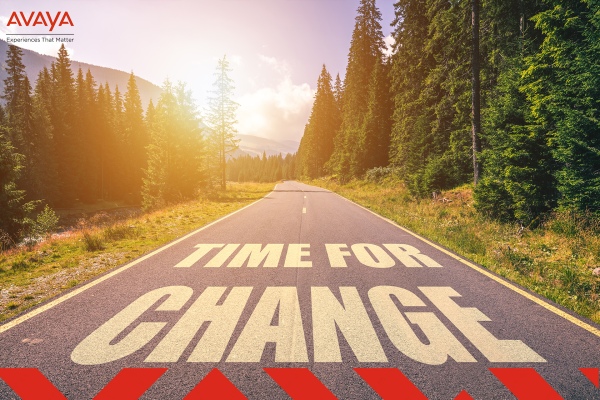 9-1-1. It is likely the most well recognized ‘brand’ in the world. It is the three digits every man, woman and child know by heart recognized around the world.

To provide a dispatchable location to emergency responders today’s Enterprise telephone system administrators have relied on the Automatic Number Identification / Automatic Location Information (ANI/ALI) database for years. This database provided 911 dispatchers a cross-reference, or reverse lookup of telephone numbers to critical dispatch location addresses. Another function of this core component was to work in conjunction with the Selective Router Database (SRDB) used to route calls in the PSTN to the right agency. This allowed number portability, among other things

However, it appears CenturyLink has provided their Washington State Enterprise accounts with notice that they plan to discontinue their critical PS-ALI services effective May 8, 2019. After this date, enterprise customers must establish a replacement service of their own through a 3rd party provider.

They specifically state in their customer notice:

“It is the responsibility of the customer to update the PS/ALI database (via a third-party vendor) with the individual station address information.”

A copy of the new Tarifs regarding this change can be found online here.

Time for a change?

This is troubling, as the short window of remediation is going to require MLTS system operators to make a snap judgment on a technology they may not fully understand, and the predatory sales tactics of some providers may hook an Enterprise into a long-term contract for services with a minimal roadmap to the future of NG911.

For our valued Avaya customers, WE CAN HELP. Don’t get caught up in the alphabet soup of acronyms you barely understand. We have our customer’s best interests at heart, and there are many ways to address this problem. Our team of industry experts is standing by ready to help you assess your current position, and guide new solutions that solve the p[roblem today, and well into the future. Kari’s Law is federally mandated starting February 16, next year, and the Ray Baum’s Act Section 506, is following close behind requiring dispatchable addresses.

The Avaya SENTRY™ solution was designed and built to provide full NG911 functionality, even over today’s legacy networks, complete compliance with all laws (active now and in the future), and deliver critical pre-arrival instructions to 1st responders with the actionable information they need to do their jobs. We are here for you to help you decide what’s right for YOUR business.

It is no great secret that I am a total advocate for technology related advances for our nation’s Public Safety professionals. When it comes to the FIRST 1st Responders that provide the initial level of security for the public, the need for advancement could not be more relevant. Regardless of what you call these dedicated folks; Communications Officers, Dispatchers, or Call Takers, their job is becoming increasingly more and more difficult as we pile on not just the volume of citizens that can reach out to them, but now the increased ways citizens can communicate, using nearly any device or modality.

Some industry leaders equate the rollout of Text to 911 to the evolution of NG911 multimedia communications. I’m not sure that I really agree on that. They often point out the painfully slow adoption rate by citizens, as well as the slow adoption of the technology in 911 centers nationwide. For me, this was no great surprise, as for nearly a decade we have stood by  and watched as county by county PSAPs were added to the FCC’s master list. With over 6,100 PSAPs in the US, rollout was understandably slow, and the true benefit was never realized. Why? In my personal opinion, the deployment was controlled by the carriers and implemented as a business model, not a solution-based capability. The actual services were often limited, wrought with technical problems and lacked the attention to critical details such as location, one of the mainstays of the Public Safety industry. In fact, in most cases, location information was never actually delivered to the PSAP, and was only used by the network to decide the routing of the session to an appropriate PSAP.

The latest innovation buzzword in the industry is AI, or Artificial Intelligence. But when you think about it, by definition, AI has actually been around for a long time, since the evolution of the computer. The very first mechanical computer or automatic computing engine concept was conceptualized as far back as 1822 by Charles Babbage. It was at that time Babbage began work on the Difference Engine, and it is considered to be the first automatic computing machine.

Today, many of us think of AI as being more than just an oversized calculator. Intelligence has a connotation of the ability to cognitively reason and then learn, providing a layer of self-governed decision-making capabilities where decisions are made based on fact and analytics and not emotional response. This brings to light something that is likely the biggest fear of AI naysayers . . .

Admittedly, my biggest personal fear of AI is the Terminator Paradigm. If AI was left to grow and learn unfettered by human intervention, these super intelligent and logical entities would quickly come to the rational conclusion that humans are dangerous to the growth and sustainability of the planet, and therefore attempt to eliminate us. This is the entire premise of the Terminator movie series, and it likely has some validity to it. Fortunately, humans will likely remain in control and not implement full Artificial Intelligence, but an iteration of it that I call:

The real value of Artificial Intelligence is the ability of technology to provide empirical decision-making guidance based not only on factual data points, but historical data. This is where ‘intelligence’ comes into play; taking past history into consideration and allowing the process of machine-learning to take place. Putting this in the premise of Public Safety and the call takers, no longer do they need to fear the possibility of being overloaded with information or inundated with so much data they will miss critical indicators needed for them to make a decision. The new AI, Assistive Intelligence, will help them sort through the masses of information presented to them, quickly locating the relevant bits of information that are buried within and germain to the present situation.

One of the many valuable features that the Avaya Contact Center offers is something called Whisper Page. This feature allows you to intrude on another user and be heard by them without being able to hear the user’s existing call which is not interrupted.

For example, as shown above: User A is on a call with user B. When user C intrudes on user A, they can be heard by user A but not by user B who can still hear user A.

The content of the Whisper Page can be audio from an AI Engine with specific advice to the call taker based on the context of the call as determined by a Speech to Text analytics engine.

One use case currently being developed by an Avaya DevConnect partner is the detection of a stroke condition based on specific speech patterns. A Whisper Page can alert the call taker to the condition, and then direct them to take on a specific list of questions suggesting the best course of action to take. The difference here is that the human (a.k.a. the Call Taker) remains in control of the situation and has the final decision-making authority. The AI tool is merely automating the Quality Assurance (QA) that is likely already taking place. What we have added is increased efficiency with the ability to do real-time QA providing instant feedback to the call taker.

The moral of the story? Understand and embrace technology. Allow it to contribute to your current capabilities and enhance them. Just think twice if the company name is Skynet.