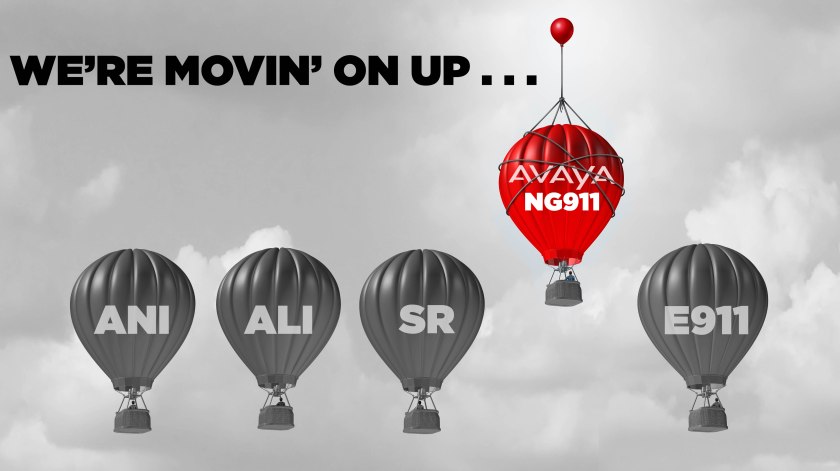 More than 50 years ago – in the small rural town of Haleyville, Alabama – history was made as the local Haleyville Telephone Company beat the giant telco conglomerate AT&T to the punch on February 16, 1968 when the very first 9-1-1 call was placed at 2:00 pm. Today, the very phone used to answer that historic call from State Rep. Rankin Fite and answered by U.S. Rep. Tom Bevill at the Haleyville police station is proudly housed and on display at the new National Law Enforcement Museum in Washington, DC for all to see as a part of Public Safety history.

NENA, the National Emergency Number Association, estimates that more than 240,000,000 times a year in the US, citizens call 9-1-1. That’s more than 7 calls each second. But, even today, potential problems can still exist. One of those issues is Direct Access to 9-1-1 from multi-line telephone systems installed in many schools, hospitals and commercial businesses. In many cases, these systems require an ‘access code’ to be dialed before any external phone number, including 9-1-1. While this is most commonly a ‘9’, it can be a 7, or an 8 or any other combination of digits.

When we go through the lengths that we do to teach children about 9-1-1, this important fact is rarely, if ever, brought up.  Kari Hunt’s 9-year old daughter Brianna found that out on December 1st, 2013 as her mother was being brutally attacked in a Marshall Texas hotel room and ultimately was murdered by her estranged husband. While Brianna knew exactly what to do, and in fact tried 4 separate times, because the MLTS system was not programmed to recognize 9-1-1 without the access code of 9, the calls went nowhere.

Four years, two months, and 15 days after that dreadful day, with the help of several folks in the industry, including Avaya, the President of the United States signed Kari’s Law into the law of the land on February 16, 2018 just before 2:00pm, nearly 50 years to the minute after that momentous, 1st 9-1-1 call in the rural northern Alabama town of Haleyville. The moment that ink was dry on that document, a 2-year clock started counting down to the effective date of February 16, 2020 when the law would go into effect for all. Just. Few short weeks after that event, the Ray Baum’s Act was also passed by Congress, and in Section 506, the FCC was required to complete a proceeding that would address dispatchable location requirements by the fall of this year.

This past Thursday, August 1, the Federal Communications Commission concluded it’s required action at it’s Open Meeting, where I had the honor and privilege of attending this meeting in person with Hank Hunt.  Later that afternoon,  we were invited to join FCC Chairman Ajit Pai for a Podcast celebrating the event. (Listen to the Podcast here on the Avaya Podcast Network)

During the Podcast, we discussed the fact that, often, the problem of direct access to 9-1-1 is a simple one that can be easily addressed in most systems sold today. In fact, many systems sold over the last decade have this capability available and inherent in the system. Often, it is an unknown feature that is rarely activated, despite the cost point being ZERO. This was a point that I presented to the FCC when I first brought this problem to then-Commissioner Pai, when I first met with him on January 10, 2014.

It was at that meeting where the commissioner was first introduced to this problem, and the tragic story of Hank’s daughter Kari, six weeks or earlier. Soon after hearing about the issue, FCC commissioner Michael O’Reilly decided to check the FCC’s very own multi line telephone system, and quickly found that dialing 9-1-1 did not reach 9-1-1, but resulted in the message, “Your call cannot be competed as dialed, please check the number and dial again, or call your operator for assistance”. Calling out his own agency for non-compliance in his FCC blog dated June 2, 2014, was slightly embarrassing, but accentuated a point:

AWARENESS WAS NEEDED AT ALL LEVELS

Another sensitive area regarding legislation was penalties for non-compliance, as well as the financial impactof those penalties that are applicable. In any legislation, the financial impact is a taboo topic that is rarely discussed. While I had our Communications Commander-in-Chief in my grasp on a Podcast, I took advantage of the situation and probed for his opinion on this elusive topic.

“Mr. Chairman,” I asked, “does the FCC have the ability to impose a penalty?”

I held my breath, waited for the stinging sensation of taser needles hitting my back, and the sound of handcuffs being clinched around my wrists, but instead, the Chairman responded with, “Of course I need to confirm with our lawyers, but I believe we do . . . [T]he FCC does have the authority to issue fines; to go after people who don’t live up to their obligations; and we have an enforcement bureau here […] that is always willing and ready to stand up and make sure that our rules get enforced.”

That statement signaled a ‘we mean business in this issue’ and was one if the strongest statements I have heard from the Commission on the topic. The Chairman concluded with, “[I]f you’re an MLTS provider that’s not living up to the requirements of Kari’s Law, we are going to make sure that you’re held to account.”

That being said, as for the actual collection of any penalties assessed, that was an area where the Chairman admitted that gaps still exist and had been identified to Congress. While the Federal Communications Commission has the authority to enforce their rules and issue fines for certain violations, should an individual choose not to pay, the FCC’s only recourse is to solicit the Department of Justice and request that they file a lawsuit for the actual collection of the fine. Clearly not ideal with all of the other initiatives DOJ has on its plate, but none-the-less, a process exists for recourse, and if you make the DOJ mad at you, you are walking into the lion’s den wearing a pork chop body suit.

While over the past years, Enterprise administrators could take the low road, and claim ignorance on the issue of direct access to 9-1-1, on site notification that provides actionable information to 1st responders, and a ban on intercepting and answering calls internally. But Kari’s Law has brought about awareness. It shined a spotlight on the issue that almost anyone can see. While the personal cost of this enlightenment was the loss of a precious life, something most of us will never truly understand, what this incident also did was ensure that Kari’s memory will remain as a testimony of her goodness, and the ultimate sacrifice that she gave so that others would be saved. And most of all, Hank’s one and only wish was fulfilled, that Kari’s death was not in vain.

Hank speaks to and aids 9-1-1 Telecommunicators by informing them of the many communication breakdowns that occurred on the day Kari was murdered. From access to 9-1-1 in the Hotel room, to the lack of awareness with the front desk staff, to the language barriers that complicated the situation, and even important information that was disseminated incorrectly during an Amber Alert that resulted after one of the children were kidnapped by the estranged father after the murder.